The Creative Process: Myth or Reality

You can stare at a blank screen/paper/canvas for literally hours and nothing happens. Your mind is unable to think about what your website/design piece/article is supposed to look like. And then suddenly, a synapse fires somewhere deep inside you, and you’re creating! Is it a spark because you’re panicking at a deadline? Or you a serial procrastinator and you can’t do anything unless you’re up against it?

If you’ve ever been tasked with coming up with something – anything – creative, you know this scenario all too well.

“I’ll start working right after this show. But lemme eat something first so I can focus. Oooh. New show on Netflix that everyone’s talking about. Looks dark and edgy and it’s got that guy from that show so it HAS to be good, right?. No harm in checking this out for a few minutes.”

It’s now five episodes into the show and you’re right back where you started: blank screen/paper/canvas.

I’m not sure how you get over this occasional creative slump, but me, after years and years of agonizing about this, getting angry at myself for not starting something sooner and imagining how much better something would turn out if I hadn’t waited until being up against a deadline, I’ve realized the benefit of giving into the stasis of a project and letting ideas bounce around in my head until those pistons start firing on their own.

In fact, studies show that forced procrastination and the creative process go hand in hand for some people, and fighting it is futile because more often than not, the results of forced creativity don’t yield the best product. It’s when your brain has the time to wander to unexpected places that the best ideas come to life.

That’s not to say this is a good day-to-day practice. You’ll often find me scolding my teens for not getting their work done sooner (Side anecdote: I have zero right to scold when the night of an AP exam in high school, I decided to watch U2’s Rattle and Hum three times in a row. Thankfully I knew enough about the Spanish Inquisition to do well on the exam), because the creative process and homework are two different things. There are tasks that don’t require creative thought – just that they be completed: math problems, bills, research projects, slide decks, etc.).

I’m not talking about those tasks. I’m talking specifically about creating/designing/conceptualizing something. Those original ideas for a product/campaign/website/video are the ones that need the time and space to breathe before you put pen to paper, mouse to pixel, frame to video.

Now if you’ll excuse me, I’m trying to catch up on Westworld before the next season starts. 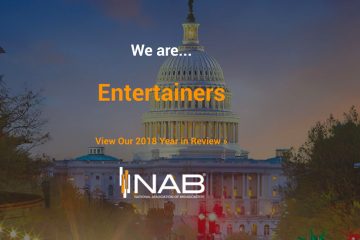 For the second consecutive year, I had the honor of designing my association’s digital annual report. In a time of shrinking budgets and shortened attention spans, we made the decision a couple of years ago Read more… 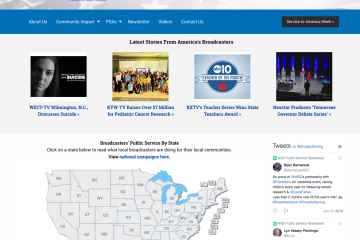 One of the most important things that the National Association of Broadcasters (my employer) does is to spotlight the incredible community service efforts of America’s local broadcasters. Each day of the year, radio and television Read more… 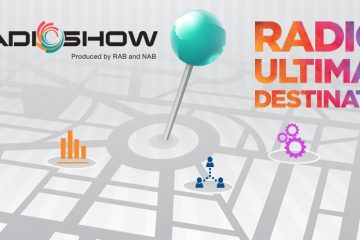 Each year, my employer, NAB, comes together with RAB (Radio Advertising Bureau) to produce the radio industry’s premier convention: The Radio Show. This year, it’s being held in Orlando, Fla., from Sept. 25 -28, and Read more…